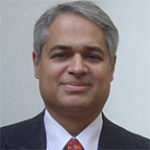 Ranjit Shastri is the Indian joint venture partner of X-PM, a leading global provider of consulting, project management and transition management services. Mr. Shastri served as the Executive Director of the Indian Venture Capital Association and co-founded PSi, an advisor to foreign investors, including venture capital firms, private equity firms, limited partners and strategic investors. Prior to co-founding PSi, Mr. Shastri was a management consultant, first at Bain & Co. in Boston, then McKinsey & Company in New York. He also served on the review committee of the business incubator of the Indian Institute of Technology (IIT) in New Delhi. Mr. Shastri earned an M.B.A. in Finance from the Wharton School, and a B.Sc. in Applied Mathematics from Yale. 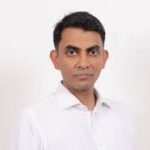 Karthik Krishna currently runs Telekonnectors, a Telecom Group based out of Chennai, India. His businesses are focussed on building Telecom equipment and products for the Enterprise Market. His latest venture is to build an online dispute resolution platform called JustAct. Prior to this, he was a Managing Director at Deutsche Bank in the Private Credit and Equity business based out of New York, London and Singapore where he spent 15 years. He spends a lot of his leisure time on Carnatic Music and Sports (Cricket and Tennis). Karthik holds a Master of Science (Technology) in Information Systems from BITS Pilani and an MBA from IIM Calcutta.

Bhargav Sri Prakash is Founder & CEO of FriendsLearn, a Palo Alto and Chennai based life science company. A seasoned deep tech entrepreneur, he founded CADcorporation, to commercialize his graduate research in powertrain simulations at Michigan. CADcorporation was acquired by a Detroit based Automotive OEM. His second company – Vmerse – pioneered Virtual Reality Gaming for student recruiting, through a co-creative partnership with the University of Michigan. He exited Vmerse to a family office and then co-founded Nirmana LP, a quant trading and global macro hedge fund. He left Nirmana in 2011, to dedicate himself to a renewed obsession – to protect the health of our future generations, by combining disciplined capitalism over a multi-decade horizon, deep science, scalable innovation, global value capture, and uncompromising ethics. Bhargav invented Digital Vaccines based on 9 years of medical breakthroughs with world-renowned academic research partners, in Neuromodulation and Precision Neurocognitive training enabled by mobile AR/VR. Carnegie Mellon University featured Digital Vaccines as 2018’s top AI breakthrough and as “the new frontier of disease prevention through technology”. He holds 6 patents, has co-authored papers in leading medical publications and serves on Scientific Advisory/Review Boards at Stanford Medical School, International Medical Informatics Association, Johns Hopkins Bloomberg School of Public Health and UNICEF. He was a junior national tennis champion in India and considers it his greatest privilege, to have represented the tricolor on the global stage and when he played on the ATP/ITF tour.

Lakshmi Srinath’s artistic journey began with a Fine Arts degree from Stella Maris College, Chennai. Under the guidance of her guru A. V. Ilango, she rapidly charted out a unique path for herself that expanded her artistic horizons. Since then, Lakshmi has participated in several exhibitions that have showcased her work in and her growth as an artist. In 2002, she won her first international accolade the Prix la Contemporaire award at Salon de Printemps at the Societe Lyonnaise des Beaux Arts, Lyons, France followed by a solo exhibition at the prestigious Nehru Centre, London in 2005. She has subsequently participated in several exhibitions across India and abroad, both as a solo artist and as part of a group. Lakshmi has also designed costumes for dance and theatre productions and has been instrumental in designing artistic spaces for the theatre and for weddings. In her capacity as a Director on the board of ‘The Hindu ‘, she spearheaded several marquee events such as The Hindu Bridal Mantra, an initiative that brought together leading designers of the finest bridal couture in the country. Today, Lakshmi Srinath has evolved into an artist who’s work reflects her passion for textiles and jewellery. She founded her design label TVAM in 2012, through which she showcases her jewellery, sarees and fabrics, all inspired by her deep rooted understanding of the Indian aesthetic, using motifs, themes and colours. With so many facets to her artistic endeavors, Lakshmi Srinath’s work is distinctive and unique. Through her art, she creates stunning imagery that has tremendous visual appeal. 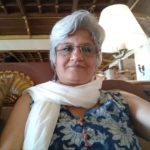 Jayanthi Sekhar with a Masters in Fine Arts from Stella Maris college, Chennai now runs a successful profitable family owned engineering business. Her interest in combining arts with children’s education led her to qualify as a primary and kindergarten teacher and  she ran a pre-school for several years, apart from volunteering at both regular and special schools. Jayanthi followed her interest is Art history, mythology and story telling using arts and crafts and puppetry. She started weekly classes for children aged 6-10 years called “Artarattai”, where using audio visual aids, she told them stories. At the end of the session the children created their own understanding of the session by using recyclable material. Recycling and Repurposing is something she has been passionate about – whether it’s in cooking or the puppets she creates from old bottles, old clothes, broken pens, pencils, coconut fibre. Jayanthi is able to see a purpose in something old and broken, which can be given a new lease once its repurposed. Currently her personal project is to make her neighbourhood garbage free through continuous education programs. She firmly believes that education is the means to reach the end goal to save the planet  and this should start at a very young age; as today’s children are tomorrow’s adults, they need to be prepared to do their bit for the environment. 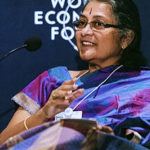 Sheila Sri Prakash is an acclaimed Architect, Urban Designer and Sustainability Expert, who founded Shilpa Architects Planners Designers in 1979. In July 2011, The World Economic Forum invited her to be part of the Global Agenda Council for Design and Innovation where she formulated the Reciprocal Design Index (RDI). The RDI aims to establish, document & incentivize sustainable design of cities. It was presented at the UN Habitat III (Quito, Equador – Oct 2016) upon the invitation from the European Union. She has been named:
• Top 10 Most Influential Architects (Construction Global Magazine)
• Top 100 Architects in the World (II Giornale dell’ Architettura)
• 50 Most Influential Names in Architecture (Architectural Digest India)
• Top 40 Architects of the 21st Century (Archute)

The objectives of the Foundation which is registered as a public charitable trust are:

“The Reciprocity Foundation is a wonderful concept. It can become a living, breathing ‘Library of Alexandria,’ for Indian civil society, offering a digital treasure trove of information, networks and contacts to help mobilize multi-stakeholder grassroots engagement in today’s critical environmental and social issues.”

The motto of the Foundation

Some of the activities conceived to achieve the objectives of the trust are: